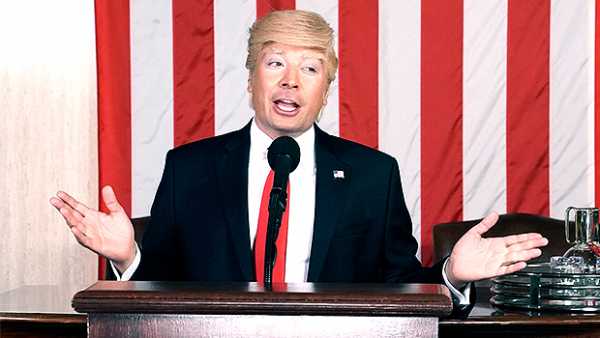 Jimmy Fallon teased the return of his Donald Trump impersonation in a new carousel post on his Instagram! Check out ‘The Tonight Show’ host’s preparation!

Jimmy Fallon is back in the makeup chair and getting into character! On September 29, The Tonight Show host took to Instagram to share a carousel post with the first photo featuring the Saturday Night Live alum, 46, with a completely bald head. While it is very difficult to tell, Jimmy’s current baldness could possibly be attributed to a bald cap he has to wear in order to transform into one of the characters he’s added to his repertoire. After all, just two days earlier, the late night talk show host’s brunette ‘do was blowing in the wind as he visited a pal in Maine.

Make sure to catch @fallontonight tonight — we’re doing our first live monologue in studio since lockdown… right after Presidential Debate. Until then, check your registration (link in bio) ?? See you tonight!

But the caption to Jimmy’s post really gave fans the first clue they needed to know that the talent was bringing back his impression of President Donald Trump. “Make sure to catch [The Tonight Show Starring Jimmy Fallon]tonight — we’re doing our first live monologue in studio since lockdown… right after Presidential Debate,” Jimmy teased his 18 million followers. “Until then, check your registration (link in bio),” he continued, using the prayer hands emoji and asking viewers to head to whenweallvote.org, adding, “See you tonight!”

The second clip in the carousel post was just a small taste of what fans can expect tonight! In the clip, Jimmy is in full Trump garb — combed-over hair and spray tan included. The clip begins with a moderator asking Jimmy as Trump when a vaccine to administer to those concerned about the coronavirus would be safe and ready for citizens. “Easy, tomorrow,” Jimmy answered while in character. 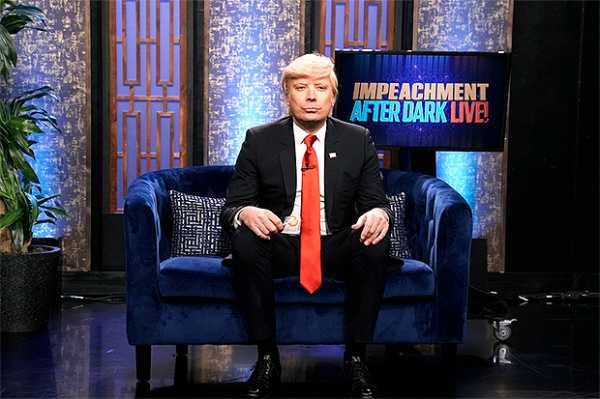 This isn’t the first time that Jimmy has shown off his acting chops for his Tonight Show audience. Throughout Donald Trump’s initial 2016 campaign and moments during his presidency, Jimmy brought out his impression to most fans’ delight. Now, the former “Weekend Update” anchor is resurrecting the mannerisms, voice, and memorable hairdo of the president for one of the nation’s most important nights. 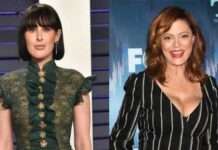 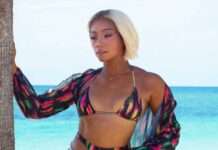 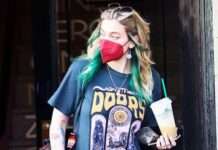