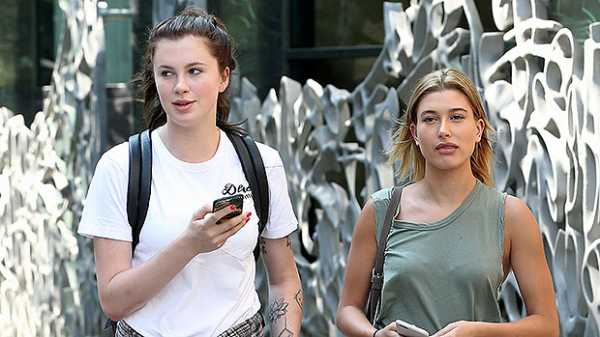 Anything for family! Ireland Baldwin felt ‘compelled’ to stick up for Hailey and Justin Bieber after fans chanted for Selena at the Met Gala on Sept.13.

Hailey Baldwin, 24, and Justin Bieber, 27, were verbally attacked at the Met Gala on Monday, September 13. In a video posted on the model’s TikTok page, fans could be heard chanting, “Selena! Selena! Selena!”, in support of Justin’s ex-girlfriend Selena Gomez, 29, as the famous couple walked the carpet. ICYMI, Ireland Baldwin, 25, came to her cousin’s defense, as the two have always been “close,” and HollywoodLife has now EXCLUSIVELY learned why her cousin felt the need to speak out.

Ireland proved that she isn’t here for any of the antics of crazed fans. After Hailey shared the video, which she captioned “DISGUSTING,” Ireland, daughter of Alec Baldwin and Kim Basinger, swiftly came to her defense by commenting, “They’re one of the happiest and most in love couples I’ve ever gotten the chance to be around. They don’t care about them”. 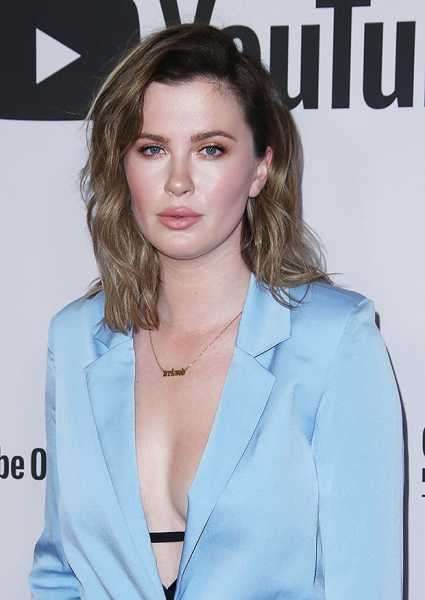 And now, a source tells us, “They’re really as close as two cousins could be and they’re practically like sisters because they were pretty much raised together and spent so much time together. Ireland has always been super protective of Hailey so she felt compelled to respond to the haters. She knows that kind of thing doesn’t bother Hailey and Justin, but Ireland adores them as a couple and has no regrets about what she said.”

While this isn’t the first time the couple has dealt with haters and been harassed by fans still bitter about Justin’s marriage to the model, hopefully, it’ll be the last. 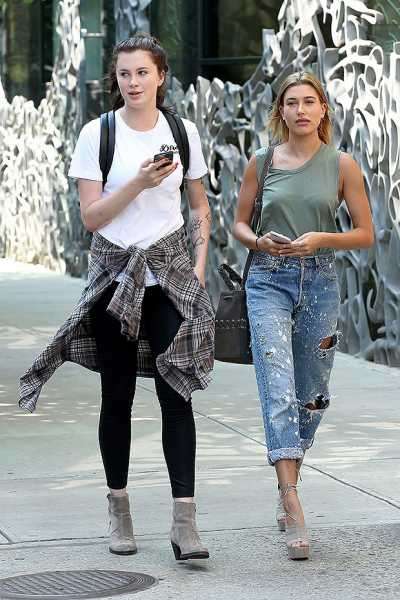 “They’re one of the happiest and most in love couples I’ve ever gotten the chance to be around. They don’t care about them,” the brunette beauty said regarding her cousin, Hailey Bieber’s marriage to Justin Bieber. (SplashNews.com)

“Both Justin and Hailey don’t like the bullying they receive and respect the support over the verbal threats when it comes to the past and Selena. As much as they anticipate it and expect it, they both wish that people would have some class to see what is real and that is their relationship,” a second source revealed. “It is a sad thing to deal with but they try to rise above it day in and day out because they are constantly attacked online and when they are out and about.”

Despite all of the negativity, the model-musician couple will take the support where they can get it and undoubtedly appreciated the fact that Ireland stuck up for them. “Justin and Hailey really like the support they received from Ireland. They’re both over the negative statements and the fact that everyone has so much to say about their relationship,” a third source states. “[For] Ireland to stand up for them, meant a lot to them.”

Despite the haters, Justin and Hailey remain solid and in love. (GAC / MEGA)

Regardless of the negativity, the power couple proved to rise above and packed on the PDA for the next event, a screening of Justin’s documentary, titled Justin Bieber: Our World. The lovebirds hit the carpet and only had eyes for each other. At one point, while walking the carpet on Sept.14, the “Peaches” singer cradled her face before giving her a few sweet kisses. It was a night filled with love for the duo which further proved that their love is unstoppable.