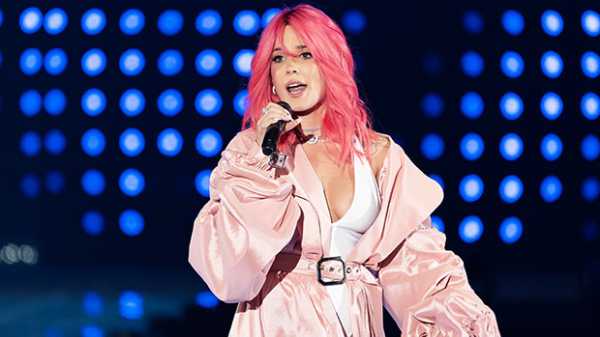 Happy birthday, Halsey! The stunning singer turns 26 today, and to commemorate the occasion, we’re taking a look back at her most unique hairdos over the course of her career!

It’s Halsey‘s birthday! Today, September 29, the “Graveyard” singer turns 26 years old. In her career thus far, Halsey has already accomplished so much. Not only is she a decorated singer and songwriter — earning accolades and awards from Billboard, MTV VMAs, and more — but she’s also used her platform as a social and political activist. Fans of Halsey absolutely love her boldness, and that extends to her unmatched style.

Throughout her career, Halsey has defied convention and tried different looks, working them all with her signature confidence. One element of her style that is constantly evolving his her hair. The singer is truly a chameleon when it comes to her various hairdos, and to celebrate her 26th birthday, we’re taking a look back at some of her most astonishing hairstyles to date!

Halsey at the 2019 MTV Video Music Awards in August 2019 [SplashNews].At the end of summer 2019, Halsey showed her fans just how well she could adapt to change. The singer sported long black locks featuring rainbow roots! It was so incredibly unique, but totally Halsey at the same time. Her long locks cascaded past her shoulders and down her back and accentuated her whole ensemble perfectly. Halsey wore a gorgeous long sheer red dress with black corset detailing and look so fiery for the evening, where she walked away with the Best K-Pop song for “Boy with Luv,” which she shares with BTS. 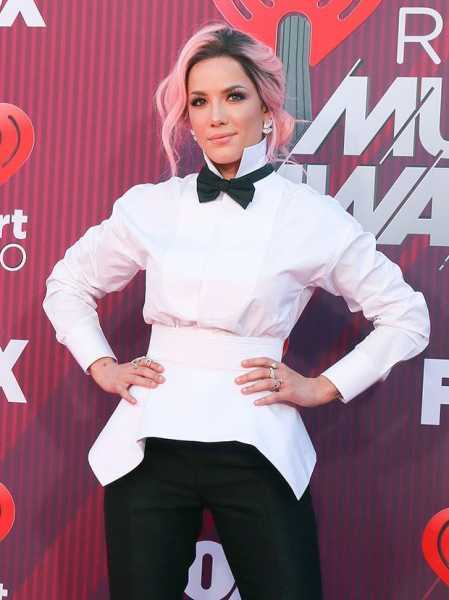 Halsey at the 2019 iHeartRadio Music Awards held at Microsoft Theater on March 14, 2019 in Los Angeles [SplashNews].Prior to switching up her look to rainbow roots, Halsey went sassy with a soft pink hairstyle at the 2019 iHeartRadio Music Awards in mid-March 2019. Halsey looked incredibly chic in her tailored outfit, which featured the singer in black pants, a white dress shirt and a bowtie. Adding a pop of color to the muted ensemble, she dyed her ‘do a soft pink color and let her brunette roots out. 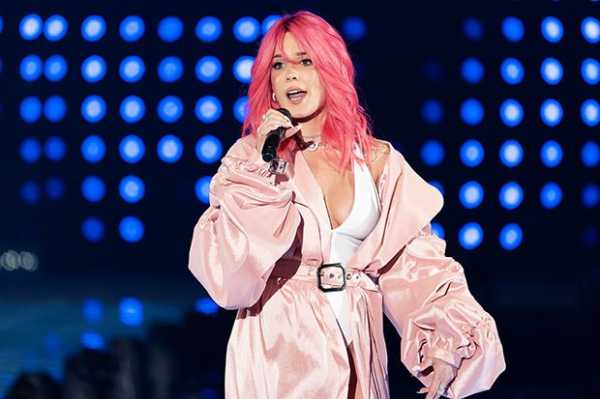 Halsey performs on a stage during the Tokyo Girls Collection held at Yokohama Arena in Yokohama city on March 30, 2019 [SplashNews].Just a few days after her appearance at the iHeartRadio Music Awards, she performed at the Tokyo Girls Collection in Yokohama city on March 30, 2019. There, too, Halsey rocked her bright pink ‘do. This time around, however, Halsey’s hair was so much brighter, almost like a bubble gum pink! Of course, there are so many more eclectic hairstyles from Halsey to see! Celebrate the accomplished singer’s birthday by checking out her various looks through the years in the gallery of photos above. 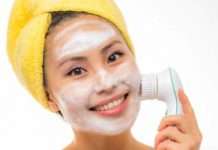 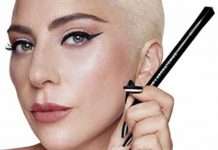 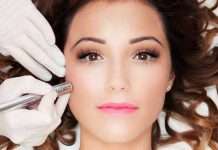