Tania and Syngin’s plans to move come to a standstill after her car accident. Syngin admits in this EXCLUSIVE preview of ’90 Day Fiance: Happily Ever After?’ that the crash has put ‘pressure’ on their relationship.

Tania and Syngin reveal to Tania’s mom that their plans to move out of Connecticut are on hold for the time being due to Tania’s recent car accident. The timing of this accident is truly the worst. However, Tania is choosing to look on the bright side.

“I think this happened for a reason, and we’re probably supposed to stay out here for a while,” Tania says in our EXCLUSIVE preview of the June 21 episode of 90 Day Fiance: Happily Ever After? Syngin isn’t as positive about their current situation. Tania’s mom admits that she’s concerned that both Tania and Syngin aren’t working right now. They have bills to pay, after all.

Tania and Syngin star in the new season of ’90 Day Fiance: Happily Ever After?’ (TLC)

With Tania’s injury, she can’t work right now. So it all falls on Syngin to find a job. “Before I came to the States, I didn’t expect that I would be trapped in Connecticut. And then, boom, car crash came,” Syngin says. Couple Tania’s car crash and looking for a job, Syngin admits that both those things put “a lot of pressure on our relationship.”

The honeymoon phase for this 90 Day Fiance couple is officially over. After moving out of her mom’s shed, Tania and Syngin finally had a place of their own. Now that Tania doesn’t have a job, this puts a major financial strain on her and Syngin.

The stress of Tania’s injury and the couple’s financial struggles will begin to weigh on Syngin. Back in his home country of South Africa, his brother is sick, so Syngin eventually returns home for a visit and a reluctant Tania tags along. With one disagreement after another, the couple isn’t sure if they’ll make it through the trip, or if it’s time for Syngin to stay in South Africa for good. 90 Day Fiance: Happily Ever After? airs Sundays at 9 p.m. on TLC. 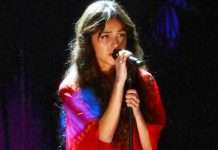 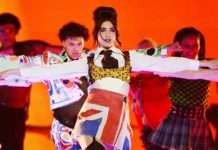 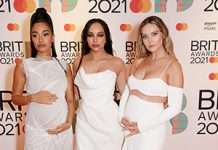