“Planet Earth is filled with labels, and I never felt comfortable with labels,” Nikkie de Jager, famously known as NikkieTutorials on YouTube said in an emotional video posted to her channel today.

Through tears, Nikkie revealed to her 12.5 million subscribers for the first time that she is a transgender woman. “When I was younger, I was born into the wrong body, which means I am transgender,” she explained. “Filming this video scary, but it’s so liberating and freeing. I’ve been wanting to share this side of myself to all of you for so long but I could never figure out the timing.”

Nikkie added that the reason she kept her story private was to keep the focus of her channel to makeup and let her “art do the speaking for me,” and stressed that her news changes nothing about her content.

For the uninitiated, the Dutch YouTube star garnered attention in 2015 after posting a nearly seven-minute video titled The Power of Makeup on her channel—which currently has over 40 million (!) views—as a way to combat makeup shaming and show how transformative makeup can be. She launched her YouTube channel in 2008 and since then, Nikkie has worked with Lady Gaga and Kim Kardashian and collaborated with Maybelline.

While she repeatedly expressed how liberating sharing her story has made her feel, she wanted to tell her truth on her own terms, but was threatened by people who believed she was “lying” and wanted to out her themselves.

“I’ve always wanted to share this side of my story with you, I just wanted to do it under my conditions,” she explained. “I have been blackmailed by people who wanted to leak my story to the press. At first, it was frightening; it was frightening to know that there are people out there that are so evil that they can’t respect someone’s true identity. It is vile and it is gross.”

But Nikkie’s mic-drop moment happened at the end of the video when she ended her speech with just one last message for her detractors. “This one’s for you,” she said while sticking up her middle finger to the camera. MIC DROP. 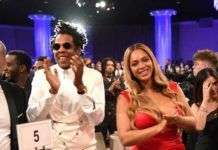 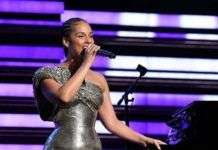 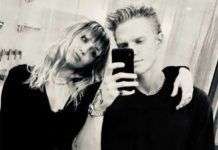