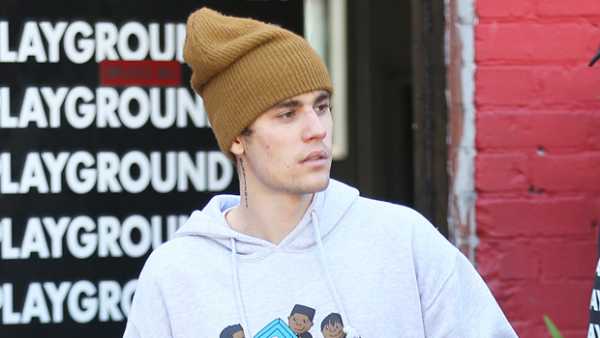 Welcome back, Justin Bieber. One of the biggest names in pop music released ‘Yummy,’ his first solo song in over four years, and Beliebers are eating it up.

It’s been over four, long years since Justin Bieber, 25, graced his fans with new music. Sure, he’s appeared on a handful of features and collaborations, but the 25-year-old pop icon hasn’t dropped a song of his own since 2015’s Purpose. That drought came to an end at midnight on Jan. 4. After a hiatus from writing music — one that saw him make-up-and breakup with Selena Gomez, marry Hailey Baldwin, and seemingly apologize for his past while reaffirming himself as a spiritual person – Justin released his first solo music, “Yummy.”

Remember how Ginuwine’s “Pony” made you feel? Justin’s new single puts you in a similar mood. You won’t want to leave room for Jesus while dancing to this track with a S.O., as Justin croons lines like “you got that yummy-yum” and “Rollin’ eyes back in my head, make my toes curl, yeah, yeah.” We also see this as an intimate ode to the pop star’s wife, Hailey! The best part, arguably, is the chorus — refer to the tweet below.

After hinting that 2020 was going to be his comeback year, Justin confirmed that new music was on the way with a trailer that confirmed the name of his new single, an album was forthcoming, and that he was going back on tour. “As humans we are imperfect,” Justin said in the Dec. 24 announcement video. “My past, my mistakes, all the things that I’ve been through. I believe that I’m right where I’m supposed to be. God has me right where he wants me. I feel like this is different than the previous albums just because of where I’m at in my life. It’s music that I love the most out of anything I’ve done.”

This new music comes less than a year after Justin announced he was taking a break from music to “repair some of the deep-rooted issues” that had been plaguing him. “So I read a lot of messages saying you want an album,” he wrote at the start of a lengthy message in March 2019. “I’ve toured my whole teenage life, and early 20s, I realized and as you guys probably saw I was unhappy last tour and I don’t deserve that and you don’t deserve that. You pay money to come and have a lively energetic fun light concert and I was unable emotionally to give you that near the end of the tour… Music is very important to me but nothing comes before my family and my health. I will come with a kick ass album ASAP.”

Months after this announcement, Justin and Ed Sheeran released their chart-topping hit, “I Don’t Care.” Biebs would also appear on a remix of Billie Eilish’s “Bad Guy,” and team up with Dan + Shay for “10,000 Hours.” Prior to this, he worked with Bloodpop for 2017’s “Friends,” guested on DJ Khalid’s “I’m The One,” and was featured on songs by David Guetta, Poo Bear, Gucci Mane, and Chris Brown. Oh, and then there was that little song “Despacito” that kind of took over the world for a hot minute.

Justin’s new music comes on the heels of Selena’s own musical return. The 27-year-old announced on Dec. 11 that her new album, Rare, is slated for a Jan. 10, 2020 release. The album includes her two new songs, “Lose You To Love Me” and “Look At Her Now.” Both songs are seemingly about Justin, with the former explicitly tearing into Justin by referencing their latest and last reconciliation. The track, which debuted at No. 15 on the Billboard Hot 100 before reaching No. 1, claimed that “two months, you replaced us.” The second song, “Look At Her Now,” was more a celebratory tune, one that congratulated Selena for “dodging a bullet.” 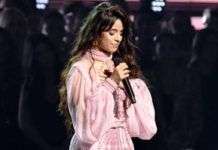 Alejandro Cabello: 5 Things To Know About Camila’s Dad Who Inspired Her Grammys Song 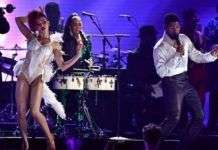 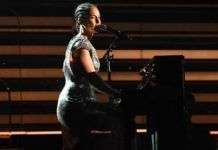