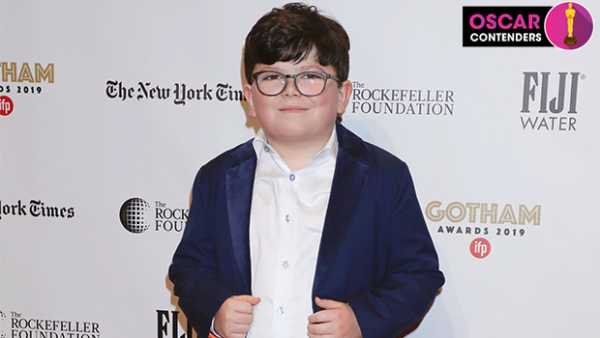 At the 2019 IFP Gotham Awards, ‘Jojo Rabbit’s Archie Yates spoke to HollywoodLife about his emotional reaction to seeing the film.

Archie Yates was an absolute scene-stealer in Taika Waititi‘s Jojo Rabbit! Starring alongside icons like Scarlett Johansson and Sam Rockwell, Archie played the role of Yorki in the dramedy that follows Jojo (Roman Griffin Davis) is a lonely German boy who discovers that his single mother is hiding a Jewish girl in their attic. In an EXCLUSIVE interview with HollywoodLife at the IFP Gotham Awards, Archie revealed his sweet reaction after he first saw the film. “I was crying!” the child star exclaimed on the red carpet. “I was absolutely happy the film and turned out so beautiful and I was just so shocked how good it turned out.”

He continued, “Not bragging! Just the uniqueness just made it so beautiful with all the real life World War II events. I just got a bit emotional in the after party and it was really, really beautiful film.” Archie also raved over working with Waititi, who, in addition to directing the film, also played the role of Adolf Hitler. “Taika is such an inspirational man and I’m just glad I got to meet him in the first place. He’s really nice, friendly guy that I’m glad to be friends with,” he said, adding that the director’s best advice was to “just be yourself and try your best.” So sweet!

The young British actor also gushed over his co-star Roman Griffin Davis, who he shared most scenes with, and detailed their fun times when the cameras weren’t rolling. “During our lunch break, me, Roman and Roman’s twin brothers, Hardy and Gilby, went outside and we found this little quiet spot that was up to here in snow [pointing to his knees]. And then we built a snowman, put my glasses on him, so he was wearing glasses and then put a stick in his mouth so it looked like he was smoking a cigarette. Then we kicked him, smashed him, and then Roman shoved half of him down in my neck!” Archie laughed while speaking to HL. We’re certainly excited to see him again throughout awards season! 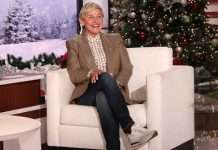 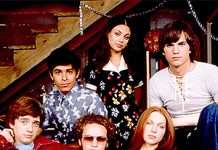 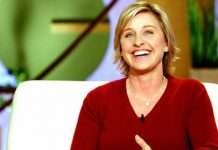