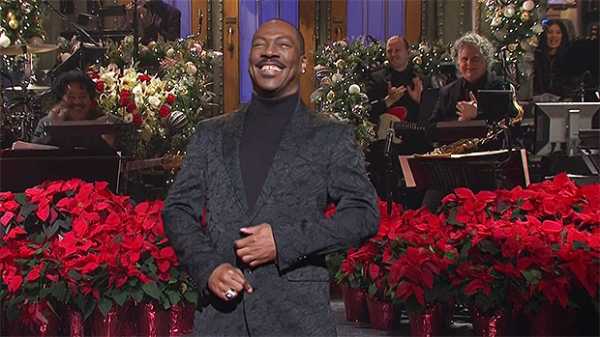 Eddie Murphy hasn’t cracked a joke on the ‘SNL’ stage in 35 years, but he proved he’s still got it in this star-studded opening monologue!

Eddie Murphy, 58, just opened up Saturday Night Live like it was 1984! The crowd was absolutely ecstatic for his return chanting “Eddie! Eddie!” as the comedian didn’t waste any time getting things started. “Thank you so much, it’s great to be back here finally — hosting SNL live for Christmas!” he began. “If you’re black, this is the first episode since I left in 1984,” he added, showing a photo from 35 years ago (he’s hardly aged a day). “So much has changed, I just had a new baby a year ago. That means I have 10 kids now, 11 if you include Kevin Hart,” he continued, also bringing up Bill Cosby. “If you had told me 30 years ago that I would be this boring, stay at home house dad and Bill Cosby would be In jail, even I would have taken that bet.”

The Nutty Professor star was already on a roll, but the party kept going as Tracy Morgan and Chris Rock joined him on stage! “10 kids are very expensive!” Tracy noted while Chris informed the crowd that he wouldn’t have missed the episode for the world — because his kids are huge fans of Lizzo! Ouch. As if the group wasn’t star-studded enough, a cigarette smoking Dave Chapelle also surprised the lucky audience! “I became the biggest star in television and then I quit,” Dave quipped, as Kenan Thompson joined the legendary comedians on-stage. Seeing the group share the screen at Studio 8H was definitely a legendary moment that truly paid homage to the SNL‘s rich history!

NBC has been pulling out all the stops to promote Eddie’s milestone appearance, including a dramatic black-and-white promo that dropped on Dec. 18. In the short slo-mo clip, which shows Eddie making an entrance to Lizzo‘s “Cuz I Love You,” Eddie walks into Studio 8H, takes his spot on the stage and removes his sunglasses. The return is, of course, somewhat legendary as the actor wasn’t interested in making a return after David Spade — who joined SNL as a cast member in 1990 — went on to make some comments about Eddie’s film career. “Look, children, it’s a falling star. Make a wish!” David said in a 1995 episode, next a photo of Eddie who was coming off the lackluster Vampire in Brooklyn.

Though it has been 35 years since the comedian has actually cracked a joke on SNL, he did make a brief appearance for the shows’ milestone 40th anniversary back in 2015. “This show is such a big part of who I am, and my life” he said after a monologue by Chris Rock. “I’m so happy to be back here…it actually feels like going back to my old high school.” The appearance later inspired Eddie’s desire to make his long-awaited return and leave past drama behind. “They had the 40th anniversary a few years back and I went there and I saw everybody and I saw all the other actors and actresses and people in the crew and I got this big burst of nostalgia and I started feeling like ‘Oh, I want to go back,’” he spilled to Ellen DeGeneres on Dec. 5. “I’ve been wanting to go back there since then. But wanted to go back at the right time.”

Eddie has been on the press circuit recently to promote Dolemite Is My Name, currently streaming on Netflix. In the film, which has been a smash with critics, Eddie plays real-life comedian Rudy Ray Moore. His name is also being thrown around for Oscar contention, which could mark his second nomination after 2007’s Dreamgirls. The actor is also preparing for the release of of Coming 2 America, which is a sequel ot the 1988 film. “I couldn’t be happier with how it turned out,” said to Ellen. “We’ve gone above and beyond what anyone would think. I’m really, really happy.” 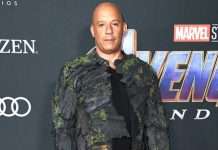 Vin Diesel Trades Fast Cars For A Furious Beat In New Dance Song With Kygo, ‘Feel Like I Do’ 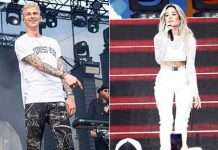 Machine Gun Kelly & Halsey Push Aside Past Drama To Team Up For Pop Punk Jam: Listen 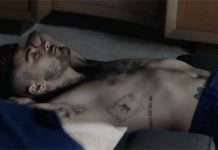