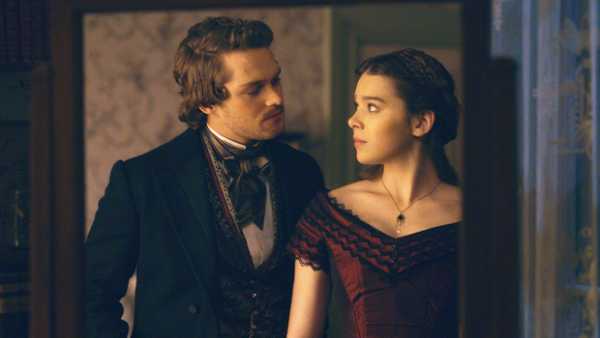 In episode five of ‘Dickinson‘, Emily is faced with temptation like never before — and I don’t think Sue likes it!

The fifth episode of season two is the kind of episode that beautifully exemplifies what kind of show Dickinson is: a creative marriage between facts, fiction, and the fun to be had playing in the grey areas in-between. Many notable figures of the day pop up in this episode, all putting under a microscope for Emily what it can mean to be famous.

It’s a big night for Emily: she plans to announce at Sue and Austin’s salon that she’ll soon be published by editor Sam Bowles. However, when she arrives, she’s quickly put on edge, as Jane and her Gang, the greatest collection of secondary character commentators since Statler and Waldorf, promptly tell her they’ve heard Sam sleeps with all his female writers. Emily tries to block out their noise and enjoy being on Sam’s arm as he shows her off. Still, there’s no doubt he’s flirting with her every chance he can get. At first, Emily seems into it, but she can’t shake her unease, especially once they meet painter Sanford Robinson Gifford (um, is that you, Jibz Cameron?!) and he talks up Sam’s taste for ‘flavors of the month.’ 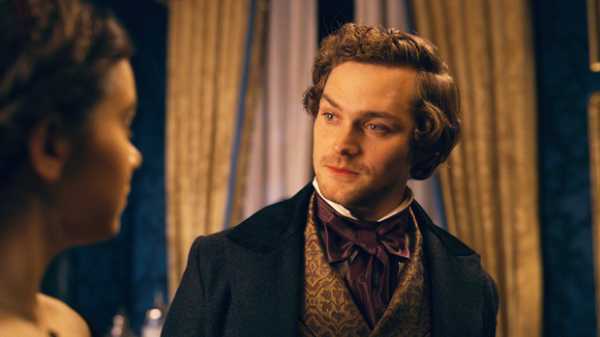 Flustered, Emily goes to find Sue, and asks her if the rumors are true about Sam. Sue is furious, not only because Sam is married to her close friend, Mary, but because of how these rumors are ruining Emily’s big moment. Yes, for the first time, it actually sounds like Sue’s invested in Emily’s feelings, rather than her rise to fame. Sue gives Emily the kind of pep-talk all women should have in their back pocket anytime their girlfriends, sisters, and/or female-friends have their accomplishments put to question. And with that, Emily has the strength to get back out there and returns to the parlor to hear from  Sue’s very special lecturer.

Emily takes her seat next to Sam, as Sue introduces their guest speaker. The room falls silent as a wooden crate is carried in by Henry and placed in the middle of the room. The box begins to shake, and suddenly, the lid flies off and who should appear, but the infamous Henry ‘Box’ Brown. (It’s well recorded that Brown, an escaped Virginia slave who made his way to Philadelphia by mailing himself in a box, was also a noted abolitionist speaker in the Northeast, and a magician. Another amazing nod to history by the writers.) While the room is captivated by Brown, Sam convinces Emily to sneak off to the library, all while Sue watches them leave out of the corner of her eye. 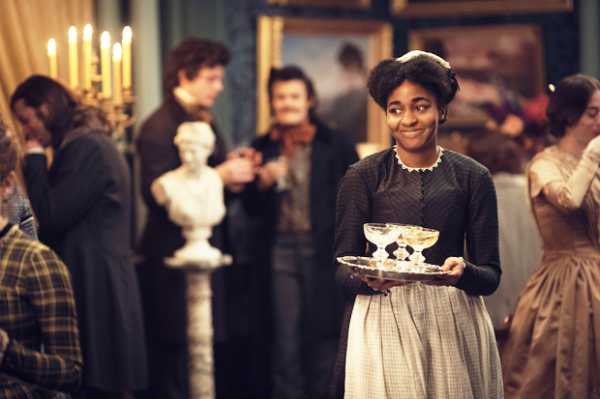 Ayo Edebiri as Hattie in season 2 of ‘Dickinson’ (Apple TV+)

Now, we’ll pause on Emily for a second, because this episode is the launching pad for perhaps the most captivating story of the season. As Emily struggles with the decision to be published, Henry, Hattie, and many other freed slaves in the area are actually fighting tooth and nail to have their voices heard. The empowered group of abolitionists have been working hard to get their message out and start a revolution, publishing their own paper in secret. They find an ally in the most unlikely of people: Austin. Seems he’s been not only loaning out his barn for their meetings, but as Sue’s salon rages on inside, Austin surprises his revolutionary friends with their own printing press. Now Hattie, played by the incredibly talented Ayo Edebiri, has a great scene about ‘Box’ Brown being actively bad for the community and being furious about losing her spot on the front page to this guy. But as soon as she sees the gift from Austin, she goes speechless. It’s a great scene, and it’s the start of an even bigger story in Dickinson to come, so stay tuned.

Back in the library, Sam showers Emily with praise, flattering her with talk of her bright future. Emily blushes, clearly intrigued by the idea of fame, especially the way Sam tells it to her. But she admits that the idea sounds forbidden. “Forbidden fruit has an interesting flavor,” Sam says, as he reaches for Emily’s hands, and the gazes intently into her eyes.

That’s when Sue walks in, her eyes immediately fixating on how Sam is caressing Emily.  Seeing Emily and Sam together seems to unnerve her, a look of jealousy and “Oh shit, what have I done?” all over her face. But she rebounds, shifting quickly to pull focus on herself and ask if Sam still plans to write about her salon in his paper. He promises her he will, just as he promises to publish Emily’s poems. As Sue leaves, Sam turns back to Emily to ask, in the most seductive way imaginable, that she write something for him when she gets home.

And boy, does she ever. Back in the sanctuary of her room, Emily pens a letter to Sam’s wife, Mary. We never get to hear beyond the first line, as Emily’s mind drifts to Sam, and soon, she fantasizing about them passionately having sex. It’s all ripped clothes and fire and forbidden and then … it’s over. Emily lies alone on her bed, still fully dressed, clutching her letter to Mary to her chest. (Lord, what’s in that letter?!) 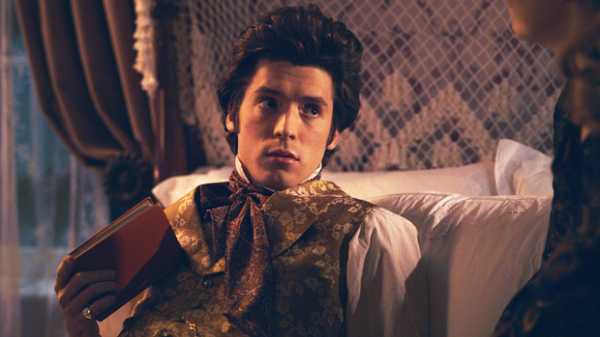 But Emily isn’t the only one enjoying a fantasy tonight. Did you really think I’d forget about my favorite Dickinson sibling, Vinnie? Never! Now, Lavinia has a problem on her hands called ‘Ship’. After recently becoming engaged in the worst way possible, he’s ready to throw in the towel and be a boring, respectable couple. No wild parties—more ‘novels and chill.’ (God, I love that!) But Lavinia has other ideas, turning a night of quiet reading into the wildest game of sexual role playing set to ‘The Scarlet Letter’ ever, complete with very convince costumes. And by the end of the night, it seems Vinnie has finally convinced Ship she’s just as crazy as Lola Montez. (*cue sexy guitar music*) — and she’s happy about it.

MJ Snyder: 5 Things To Know About ‘The Bachelor’ Star Accused Of ‘Toxic’ Behavior 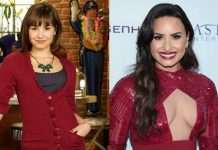 ‘Sonny With A Chance’ Cast Then & Now: See Demi Lovato & More All Grown Up After 12 Years 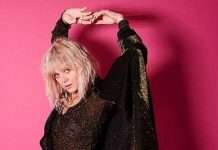