Meghan Markle and Prince Harry stepped back from their senior royal family roles this year and no longer have working roles in the British royal family. The Duke and Duchess of Sussex have since settled in Montecito, California and have both encouraged Americans to vote in this election. Their comments sparked some outrage in the UK, particularly in British tabloids convinced that it’s against protocol for royal family members to speak about politics. (While the royal family is not legally prohibited from voting in writing, they are expected not to participate in elections or chime in on international politics so they can remain neutral figures.)

The Palace doesn’t respond often to tabloid stories or online criticism of the Duke and Duchess of Sussex, but this time, Buckingham Palace set the record straight to The Times’ royal reporter Roya Nikkhah on whether or not Harry broke protocol with his voting remarks. He didn’t—and they don’t have any comment on the matter because Meghan and Harry are no longer working members of the family.

Buckingham Palace said, “We would not comment. The Duke is not a working member of the Royal Family, and any comments he makes are made in a personal capacity.” Meghan and Harry, thus, are not subject to the same royal protocol rules working members are.

Buckingham Palace has said it won’t comment on the Duke of Sussex’s remarks about voting: “We would not comment. The Duke is not a working member of the Royal Family and any comments he makes are made in a personal capacity.”

The couple tried to rally Americans to register to vote during their Time 100 appearance.

Meghan said, “Now we’re just six weeks out from Election Day, and today is National Voter Registration Day. Every four years, we are told the same thing, that ‘this is the most important election of our lifetime.’ But this one is. When we vote, our values are put into action and our voices are heard. Your voice is a reminder that you matter. Because you do. And you deserve to be heard.”

Harry added, “This election, I’m not going to be able to vote here in the U.S., but many of you may not know that I haven’t been able to vote in the U.K. my entire life,” referring to the royal family’s need to stay apolitical. (While they are not banned in writing legally from voting, they are expected not to.) “As we approach this November, it’s vital that we reject hate speech, misinformation and online negativity.”

“So as we work to re-imagine the world around us, let’s challenge ourselves to build communities of compassion,” Meghan continued.

“It’s time to not only reflect, but act.” This #NationalVoterRegistrationDay, join #Time100 alumni Harry and Meghan, the Duke and Duchess of Sussex, in taking action for the future. pic.twitter.com/JerXHxiZK3 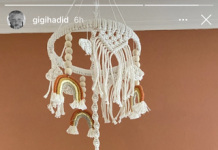