Jennifer Lopez wasn’t the only inauguration performer who brought her partner with her. Lady Gaga’s boyfriend Michael Polansky attended President Joe Biden’s inauguration with her yesterday, and the two had a sneaky, intimate moment photographers caught. Gaga and Polansky kissed during the event, both keeping their masks on. Gaga, who sang the National Anthem before Biden and Vice President Kamala Harris were sworn in, was in the Schiaparelli Haute Couture ball gown she performed in. 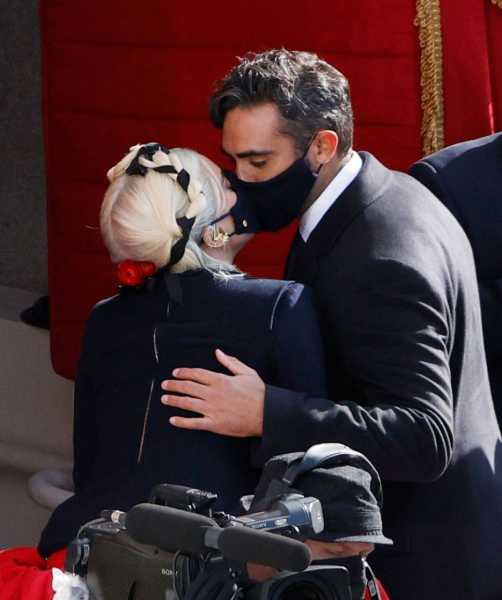 They were photographed that afternoon sitting near Lopez and her fiancé Alex Rodriguez. 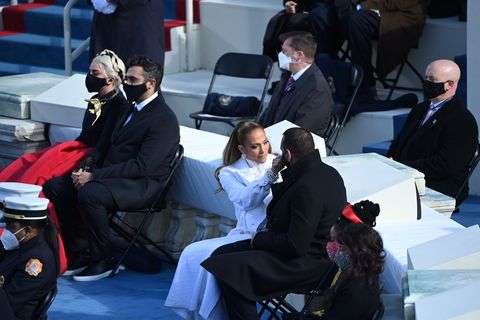 It’s a very rare public sighting for Polansky and Gaga, who have been dating for over a year now. Gaga confirmed their relationship on February 3 in an Instagram shot of them together. “We had so much fun in Miami,” she wrote then, around the time of her pre-Super Bowl performance. “Love to all my little monsters and fans, you’re the best! ❤️”

A source told Entertainment Tonight in March that Gaga and Polansky were already seriously dating. “Gaga is really getting serious with her boyfriend, and the chemistry is undeniable,” the insider said. “At first she wanted to keep it low key and quiet because she had just gotten out of a relationship and thought taking it slow would be good, but they had an immediate connection, so it was tough to keep under wraps. They were spending so much time together, she finally decided to post on Instagram to make it official.”

Gaga would go on to describe Polansky as “the love of my life” in April.

Is Ariana Grade Performing With The Weeknd at the Super Bowl in Tampa?