Justin and Hailey Bieber marked their third wedding anniversary by making out in front of photographers last night at Justin’s Justin Bieber: One World premiere. Hailey posed with Justin in a pink and gray sequined mini dress. Justin, meanwhile, wore a tan hat and all white. 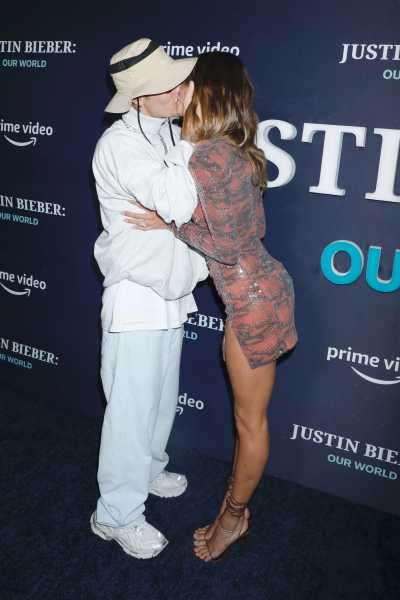 Justin and Hailey’s appearance comes one day after they attended the Met Gala together. Hailey wore Saint Laurent on the red carpet. They didn’t kiss in front of photographers there, but they were generally affectionate. 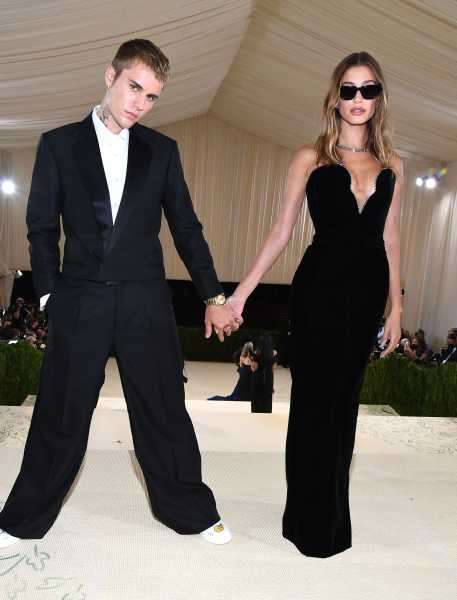 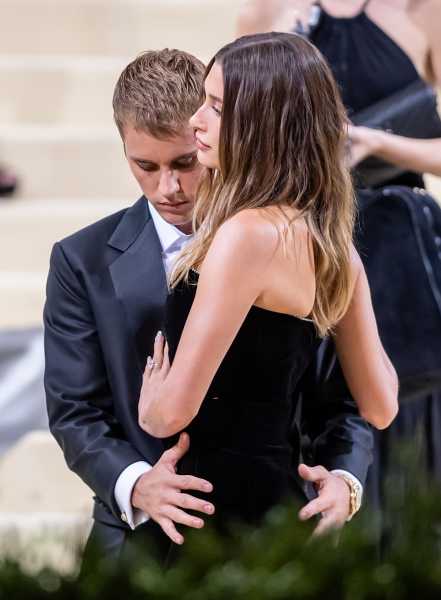 Hailey spoke to ELLE earlier this year about her and Justin tying the knot at such a young age. The two started dating again in June 2018 and got married in a New York City courthouse in September 2018.

“[He was] at a stage of his life where he could make decisions like, ‘I’m done with girls, and I’m done with fooling around, and I’m done with partying,’” Hailey recalled. “We were friends first for a really long time before there was anything romantic. But we always knew that we were aligned on what we wanted in our future. We had talked about wanting to be married young and having a family young and building a life. Even before we knew we wanted to be with each other.”

“I mean, I was married when I was 21, two months before I turned 22, which is insanely young,” she added. “And sounds almost ridiculous when you say it out loud. Although I do think for somebody like me and somebody like Justin, [it’s different]. We’ve seen a lot for our age. We have both lived enough life to know that’s what we wanted.” 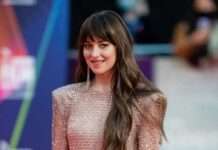