Rihanna gave New York City another major street style moment Saturday night when the singer was photographed wearing a Barbie pink fuzzy hat and camisole with The Attico camouflage pants ($1,088 ones that are sold out). It was a very sugar and spice look, which she accented with luxe layered necklaces, gold hoop earrings, and white high heels. Rihanna wore a red lip and her hair down in soft waves. 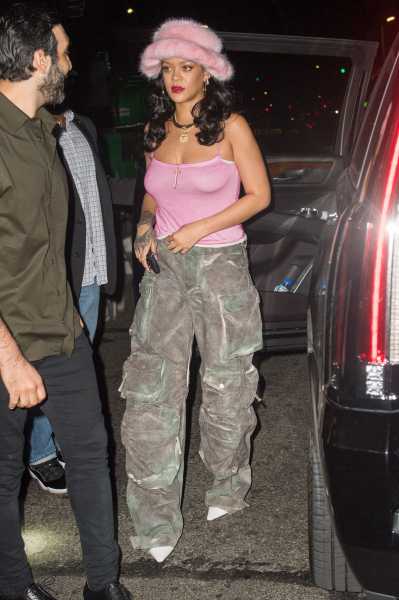 In June 2019, Rihanna explained how the recording process has been different for her now that she has other businesses she’s balancing (notably lingerie brand Savage x Fenty and her makeup empire Fenty Beauty).

She told Sarah Paulson for Interview magazine that building out her brands, “It’s the reason why an album isn’t being spat out like it used to. I used to be in the studio, only the studio, for three months straight, and an album would come out. Now, it’s like a carousel. I do fashion one day, lingerie the next, beauty the next, then music the next. It’s like having a bunch of kids and you need to take care of them all.”

When asked how much longer fans would have to wait then, Rihanna demurred. “It really does suck that it can’t just come out, because I’m working on a really fun one right now,” she teased. “I’m really happy with a lot of the material we have so far, but I am not going to put it out until it’s complete. It makes no sense to rush it, but I want it out. I’ve gotten to the point where I’m like, ‘Even if I don’t have the time to shoot videos, I’m going to put an album out.’”

She added that “I wish I knew [how much longer fans have to wait]. I have blocked off a solid period of time for the studio next month.” 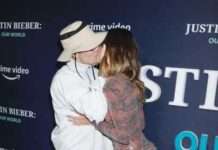