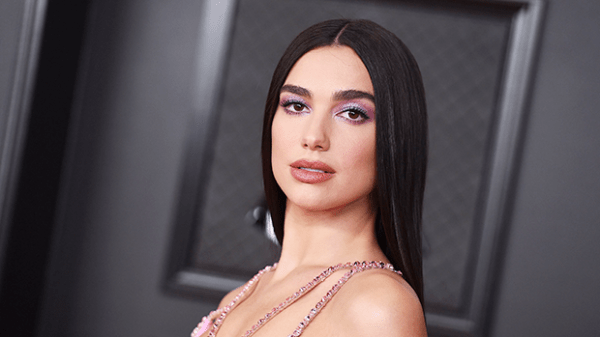 Dua Lipa is an English pop singer/songwriter who was born in London on August 22, 1995 to Kosovo Albanian parents Anesa and Dukagjin Lipa. The eldest of three children, Dua got her start in music by listening to her father, who was the lead singer and guitarist of a Kosovan rock band called Oda. After learning to play several instruments, including the cello, Dua turned her sights on singing and began taking lessons at the age of nine. While she was focused on her music, Dua and her family moved back to Kosovo in 2008 after the country declared their independence. But by age 15, Dua was back in London, uploading her covers to YouTube and beginning a modeling career with Top Shop as well.

After signing a record deal with Warner Bros. in 2014, Dua had a few collaborations and dance tracks that were semi-successful. It was her self-titled debut studio album released in June 2017 that finally put Dua on the map, as her single, “New Rules,” became her first number one in the UK, and the first by a female solo artist to reach the top in the UK since Adele’s “Hello” in 2015. At the 2018 Brit Awards, Dua was the first female artist to be nominated five times.

Then came her 2019 album Future Nostalgia, which took the world by storm! Not only did Dua receive high praise from critics, the album ended up earning her six Grammy nominations—including Album of the Year, Record of the Year and Song of the Year. At the 2021 Brit Awards, she took home the British Female Solo Artist and British Album of the Year.

Dua was in an on-again/off-again relationship with Gigi and Bella Hadid’s brother Anwar for about two years. During their time together, the pair shared many a romantic date night out, with Dua even saying at one point that her relationship with Anwar was the most “comfortable” she’d ever felt with someone else. However, they officially called it off in December of 2021.

Most recently, Dua has been rumored to be dating Trevor Noah, the host of The Daily Show, who recently announced he would be stepping away from the gig after 7 years. The pair sparked romance speculation after they were spotted kissing in New York in September 2022.

The Best Hyaluronic Acid Serums 2022 For All Skin Types