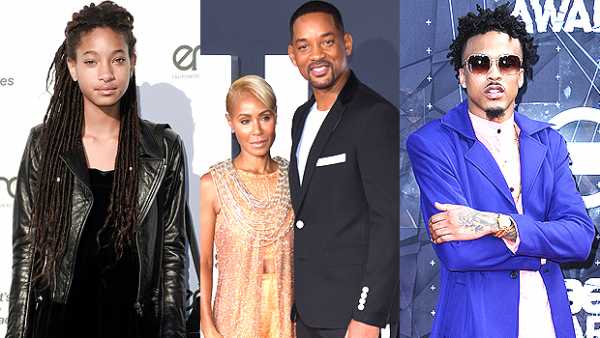 Willow Smith called her parents Will & Jada Pinkett Smith ‘the real deal’ when discussing their July confession about Jada’s previous ‘entanglement’ with singer August Alsina, on the latest episode of ‘Red Table Talk’.

Willow Smith, 19, is “so proud” of Will Smith, 52, and Jada Pinkett Smith, 49, for admitting they went through a private separation “years ago” and Jada ended up having an “entanglement” with singer August Alsina, 28, in a July episode of Jada’s Facebook Watch show, Red Table Talk. The daughter of the actor and actress sat down with her mom, grandmother Adrienne Banfield-Jones, and their guest Brene Brown, 54, to discuss vulnerability on the Sept. 28 episode of the talk show series and didn’t hesitate to share her positive opinions about the shocking moment that almost made led to them ending the marriage. “I’m so proud of you, to be able to see you and Dad do that, for me, that was like, OK that was the real deal,” Willow said while sitting at the table.

“That’s real love,” she continued. “When you can be like, ‘I’m with you, I’m gonna stand by you, and I’m gonna hold your hand because I love you’, that’s what we do and that’s really important.”

Willow’s sweet sentiments about her parents’ private-turned-public challenge in their marriage proves the initially tough situation turned out to be an example of courage and strength in the end. Back on the headline-making RTT episode, which happened after August publicly claimed he had had a relationship with Jada, the couple, who have been married since 1997, didn’t seem to hold back on anything. “I really felt like we could be over,” Will said to Jada about their past separation during the intimate sitdown. 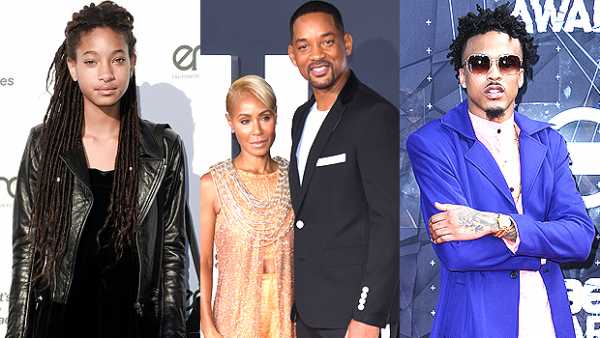 Willow Smith admitted she’s ‘so proud’ of her parents after they confirmed Jada’s previous ‘entanglement’ with singer August Asina during a July episode of ‘Red Table Talk’. (AP)

“We came together young and we were both broken in our own ways, and to be able to make mistakes without the fear of losing your family is so critical,” he added. Jada responded by saying that “one of the things that I’m deeply grateful in this whole process between you and I is that we have really gotten to that new place of unconditional love.” Will responded by saying, “Cause’ I wasn’t sure I was ever going to speak to you again. The fact that I’m speaking to you again is a miracle.”

“You gotta go through some sh-t to get the answers,” Jada further explained. “I’m just happy because I definitely believe you and I never ever, ever thought we’d make it back.” The content husband and wife ended the big reveal discussion on a positive note through a clever Bad Boys quote – “We ride together. We die together. Bad Marriage for life.” 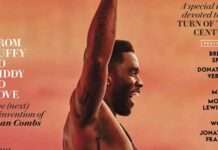 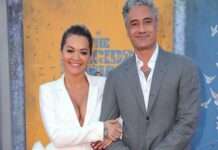 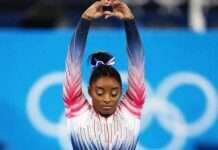