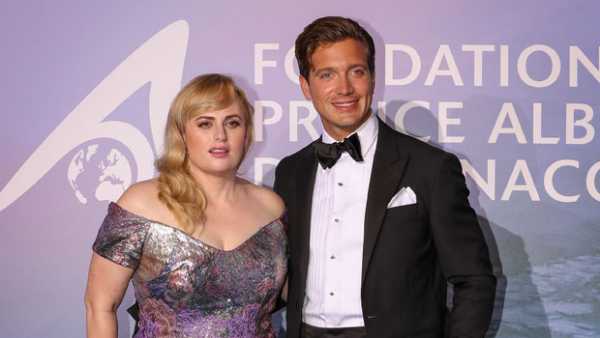 Rebel Wilson and made her sweetie Jacob Busch red carpet official, bringing him to a black tie event in Monaco where she showed off her handsome heir of a boyfriend.

Rebel Wilson is head over heels for new squeeze Jacob Busch and is showing him off to the world. The two walked a red carpet as a couple in Monaco, as they attended the Prince Albert’s Planetary Health Gala on September 24. The pair was dressed to the nines, with Rebel, 40, showing off her 40 pound weight loss in a figure hugging strapless metallic gown featuring swaths of lavender and silver. She wore her blonde locks down with some light waves in them and went accessory free with no jewelry, as the best accessory of the night was the handsome 29-year-old Anheuser-Busch heir on her arm. 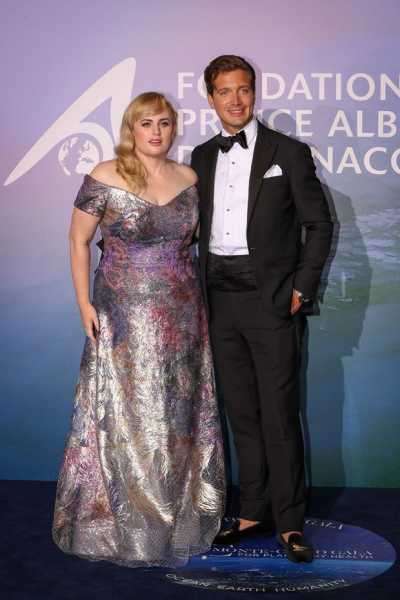 Jacob looked dashing in a black tux and looked very European chic wearing black loafers with no socks. He put his arm around Rebel’s ever-shrinking waist, as they posed together for photographers before entering the black-tie affair. Once inside, Rebel shared some photos to her Instagram stories of the two making too-cool for the event poses outside the venue, while lit up by moonlight.

Rebel made Jacob Instagram official earlier in the day, as the two were aboard a private flight to the Mediterranean principality. She showed an IG photo of herself waking up from a cozy bed inside the jet, while sharing another photo of Jacob seated and looking out the window at the clouds below around sunrise.

The two then posed together in a group photo from their helicopter trip in to Monte Carlo, with actresses Helen Mirren and Kate Beckinsale along for the ride, as they were all apparently heading to the same event. “Hottest Monaco crew” Rebel wrote on the IG story photo while putting her arm around Jacob, as Kate and Helen stood to the right in the frame.

Rebel has been open about her weight loss journey ever since Australia (and most of the world) went into lockdown quarantine in March due to COVID-19. The Pitch Perfect star had already made her pledge over New Years 2020 that it was going to be her “Year of Health,” as she said she likes to give themes to each year as a goal. During March through May, Rebel began dropping weight, thanks to controlling her emotional eating habits and really upping her exercise. By August the actress has dropped an impressive 40 pounds, so her “Year of Health” has really paid off. Rebel had previously named 2019 as her “Year of Love” and dedicated it to finding a man, but with no luck. It just turns out she was a year too early. 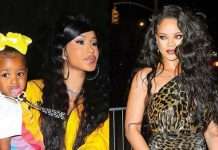 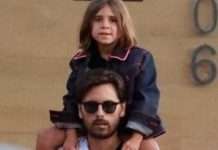 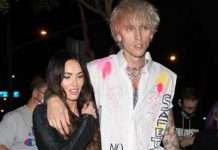