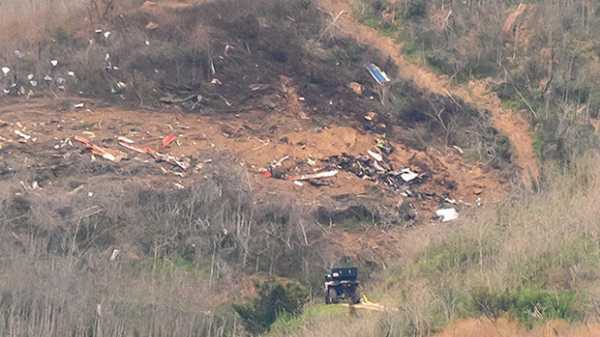 Smoke filled the air at the horrific crash which was surrounded by emergency workers attempting to sift through wreckage.

Fans are flocking to the Calabasas, California site of the crash that tragically took the lives of Kobe Bryant, 41, and his 13-year-old daughter Gianna to pay their respects. Surrounded by smoke, emergency workers in bright yellow uniforms and hardhats could be seen attempting to sift their way through the horrifying wreckage. A blue-painted piece of the Sikorsky S-76 helicopter could be seen in the aerial photos, charred and smoking on the left hand side.

According to reports, flames from the accident started a brush fire, preventing workers from initially getting to the site. In a shaky video obtained by photo agency Backgrid, thick clouds of smoke could be seen engulfing the area along with a blinding fog. A firetruck was also on site as another helicopter could be seen flying over the horrifying scene. In a press conference, authorities confirmed that responders and emergency personnel had to hike to get to the crash scene, and that it was clear there were no survivors.

Kobe and his daughter Gianna were on board along with seven other individuals. The helicopter is believed to have crashed around 10:00 a.m. PT in foggy conditions, killing everyone on board. It’s unclear what caused the crash, however, investigations are underway. 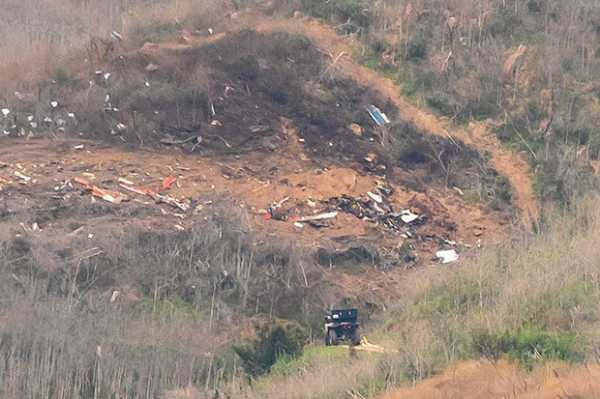 Debris can be seen from the horrifying helicopter crash that claimed the lives of Kobe Bryant and his daughter Gianna. (EMS / MEGA)

While the other passengers have yet to be identified, two are believed to have been a teammate of Gianna’s and her parent and one was a pilot. The group were reportedly headed to Kobe’s Mamba Sports Academy in Calabasas for a practice, where Gianna and her teammate played on the Los Angeles Lady Mambas girls’ team. Clouds of smoke can be seen above the Calabasas, CA crash site on Sunday, Jan. 26.(Richard Vogel/AP/Shutterstock)

Kobe is survived by his wife Vanessa, 37, and their three daughters Natalia, who just turned 17 a week ago, Bianka, 3, and baby Capri, who is 7 months old. Tributes have been pouring in on social media all afternoon, including from other NBA legends and President Barack Obama. “Kobe was a legend on the court and just getting started in what would have been just as meaningful a second act. To lose Gianna is even more heartbreaking to us as parents. Michelle and I send love and prayers to Vanessa and the entire Bryant family on an unthinkable day,” Barack Obama tweeted just hours after the news broke. His former teammate Shaquille O’Neal, 47, also posted a moving tribute. “Kobe was so much more than an athlete, he was a family man. That was what we had most in common. I would hug his children like they were my own and he would embrace my kids like they were his. His baby girl Gigi was born on the same day as my youngest daughter Me’Arah,” the former Laker shared. 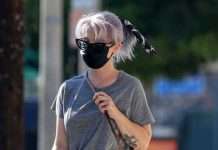 Why Demi Lovato Ended Her Engagement With Max Ehrich: ‘She Doesn’t...