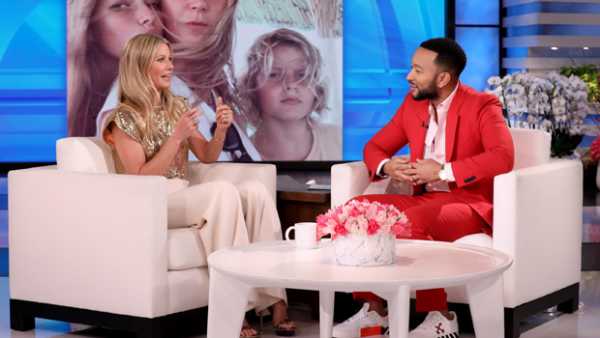 Despite being called one of the ‘coolest women on Earth,’ Gwyneth Paltrow confessed that she constantly embarrasses her teenage daughter, Apple Martin, to the point that she’s ‘mortified.’

“[My kids] are almost 16 and 14. I don’t how that happened,” Gwyneth Paltrow, 47, said to John Legend, 41, who stepped in the guest host the Feb. 14 episode of The Ellen DeGeneres Show. After John brought up how they both have kids – he and Chrissy Teigen have Luna, 3, and Miles, 1, while Gwyneth and Chris Martin, 42, are parents to Apple, 15, and 13-year-old Moses – the singer mentioned how there’s a point when kids stop thinking their parents are cool and start getting “embarrassed” by them. “Is it possible that you, being one of the coolest women on Earth, could possibly embarrass your kids?” asked John, to which Gwyneth responded with, “My daughter finds me mortifying.”

“If I do anything in public [that’s] not talking and standing still, she’s like, ‘stop!’” said the Goop founder. “She’s 16 in May. If I dance, she turns red.” From there, the subject of TikTok and Apple’s learner’s permit came up. “She drives us to school now in the morning. It’s crazy. It’s so weird,” she said, before adding “she’s really a good driver. I try to be calm, and the first time, I failed as a mother – because she went through a red light. And, I kinda yelled at her. And then she started crying, and it was just terrible. I felt so bad. So, then, I was ‘okay, I’m going to be chill.’ Now, she’s an amazing driver.”

Though, Gwyneth revealed that despite how much she “mortifies” her daughter, Apple takes after the Seven star more than she’d probably like to admit. At least, she does behind the wheel. Gwyneth confessed to having “road rage,” and that it’s how she gets her frustrations out, despite how “futile” it is to yell at other drivers on the road. Apple, like her mom, has picked up on this bad habit. Thankfully, John said that baby Luna is too young to head out on the 101 but is getting her practice in by driving a “convertible at the driveway at her house. She’s survived…so far.” 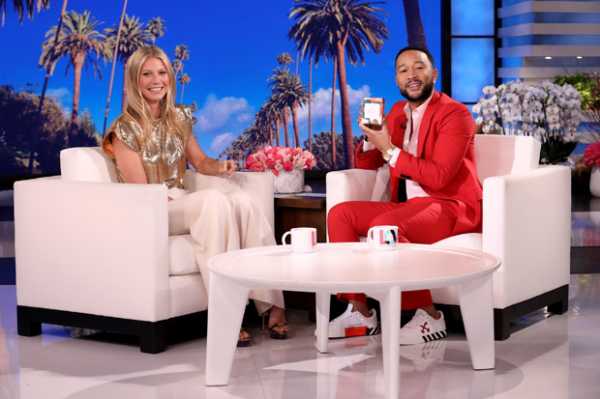 During the chat, Gwyneth also discussed her notorious candle, the one called “This Smells Like My Vagina.” The candle caused quite a ruckus both for its $75 price tag and for the fact that it’s a candle that Gwyneth thinks that smells like a vagina. “Well, it’s this amazing brand called Heretic, and they make all clean fragrances, so it was really a feminist statement,” she said. “It’s also something Apple could be embarrassed by,” added John, which got a laugh out of her.

“The idea that women have been taught to have a certain degree of shame or embarrassment about their body. So, if you light a candle that says ‘This Smells Like My Vagina’ and put it on the coffee table, it’s a little bit of a punk rock statement,” she added. 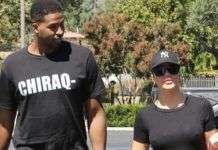 Khloe Kardashian Gushes Over Ex Tristan & How Much He ‘Loves’ True, 1: ‘He’s A Great Person’ 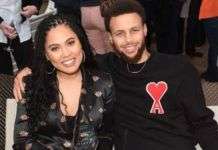 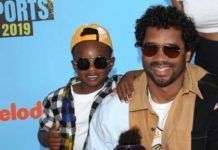