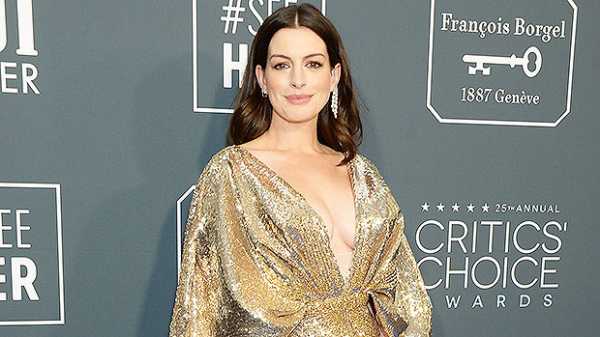 One month after news broke that Anne Hathaway had given birth to her second child, she attended the 2020 Critics’ Choice Awards in a stunning ensemble that showed off her post-baby body.

Anne Hathaway, 37, was absolutely glowing when she showed up to the 2020 Critics’ Choice Awards on Jan. 12. The stunning actress got all glammed up for the event, and looked like a golden goddess in a plunging sequin gown and strappy sandals by Alexandre Birman! This was Anne’s first official public appearance since she gave birth to her second child in 2019, and her post baby body was on full display in the ensemble.

The insanely sexy dress featured a deep-v plunge, and the fitted skirt hugged her curves in all the right places showing that she’s already bounced back into perfect shape. She completed her look with her hair blown out into luscious curls, and kept her makeup glowy and golden to tie in with the dress. Accessorizing with mismatched diamond earrings, she held onto a vintage style clutch as she showed off a peek of orange on her toes!

Anne actually never confirmed the birth of the second baby herself. Instead, her exciting news was revealed when she and her husband, Adam Shulman, were photographed strolling around Connecticut with a newborn inside a baby carrier. The baby was covered up with a blanket inside the carrier, and the couple was also joined by their three-year-old son, Jonathan, on the sweet family outing. Anne held the toddler’s hand, while Adam kept a tight grip on the baby, and the whole family bundled up in winter coats. 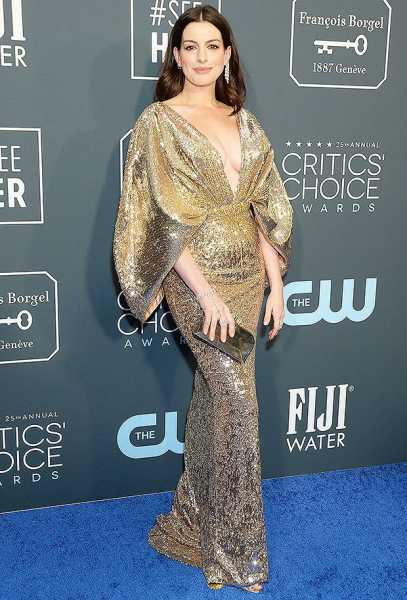 Anne Hathaway stuns in a fitted gold sequin number with a plunging deep-v as she arrives to the 15th Annual Critics’ Choice Awards (Shutterstock).

It’s no surprise that Anne and her hubby — who she married in 2012 — have decided to keep their newborn out of the spotlight, though. The two are extremely private about their relationship, and Anne didn’t even announce her second pregnancy until the end of July 2019, when she was already several months along. Before giving birth, she made her last public appearance at the New York City premiere of Modern Love in Oct. 2019.

Meanwhile, Anne attended the Critics’ Choice Awards as a presenter, but she was also nominated in the Best Actress in a TV Movie/Limited Series category for her role in Modern Love. It was certainly an exciting night for the new mom of two! 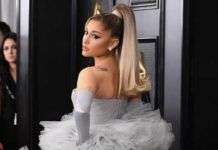 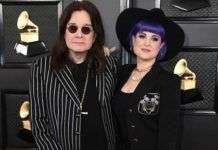