Kendall Jenner’s dress was as bodycon as a Dolce & Gabbana column gown can get at Kourtney Kardashian’s wedding to Travis Barker. (Her sister Kylie even shared a video of Kendall struggling to climb up stairs in it.) But something far more remarkable for Kendall was who she spent the wedding with—and how openly she flaunted their relationship. Kendall brought her NBA player boyfriend of over a year, Devin Booker, to the nuptials. Paparazzi captured them holding hands while heading into the ceremony. It was an extraordinarily rare show of PDA for the two:

This is notable for Kendall because, of all the Kardashian-Jenner sisters, she has kept her romantic relationships the most private. In fact, she told Harper’s Bazaar in 2017 that she wouldn’t talk about a partner until she was very seriously involved with them. “I’m not marrying anyone,” she said then. “I’m not engaged. There’s nothing long-term or serious like that in my life. If I’m not fully, fully in it with someone, why would I make it public to everyone else? If I don’t even know what it is, why would I let the world know?”

“I think it’s something sacred,” she added of relationships. “It’s something between two people, and nobody else’s opinion needs to be involved in it. People want to start drama. If I had a boyfriend, people are going to say all this stuff that’s probably going to cause us to break up.”

Kendall hasn’t spoken in detail about Booker in interviews. But in April, she did discuss how she watches all his basketball games to Jimmy Kimmel. “Of course [I do]. I watch every game unless I have—last night I had a dinner but all my friends and family know that I like sit with my phone wherever I am,” she said. “Yeah, [I became a sports nut because of this]. I’ve always been a fan of basketball since basically with Khloé [Kardashian, Kendall’s older sister], I remember we used to go to all the Lakers games when I was really young so I’ve been a huge fan of the NBA for a really long time.”

Despite being more public about their romance, a source told E! in March that Kendall and Booker aren’t planning to get engaged anytime soon. “Kendall and Devin’s relationship is going strong, but they are in no rush to settle down and tie the knot,” the source started. “Kendall is not a conventional or traditional type of girl and doesn’t even care about having a huge elaborate wedding. She is very much content with how things are with Devin right now.” 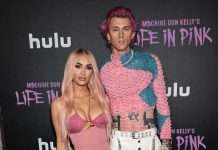 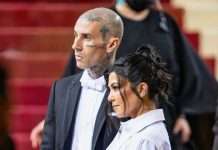