When Jennifer Lopez and Alex Rodriguez announced their breakup in mid-April, a source made it clear to E! that A-Rod didn’t see it as the end of them completely; he wanted to win his ex-fiancée back. But as Lopez’s relationship with her other ex-fiancé Ben Affleck heats back up, E! got details on how Rodriguez is taking it. He is definitely shaken by it, a source said.

“A-Rod is shocked that J.Lo has moved on,” the source explained. “He truly thought they would be able to make it work and reconnect. He has been reaching out to J.Lo trying to meet with her and she has been very short with him.”

Overall, Rodriguez is “saddened” by Affleck and Lopez’s meet-ups (the two went on vacation alone last week), and he reached out to her to let her know “he’s upset.” This didn’t exactly move J.Lo though, who has no interest in reconciling with A-Rod. “She’s not interested in rekindling anything with A-Rod and is done,” the source said.

Lopez had longtime doubts about Rodriguez given his reputation as a past cheater. As a music source put it to People in April after their final breakup, “whether or not he has cheated doesn’t matter. She won’t tolerate the fear of it in the air between them.”

On the day they announced their split, E! got both Lopez and Rodriguez’s perspectives on it. Lopez ended things for good, the outlet made clear.

“Once her trust is broken, there’s no turning around,” a source said of Lopez. “She feels good about her decision because she knows A-Rod will still be in her life, just in a different capacity.”

A second source close to Lopez revealed that Rodriguez hadn’t fully given up on them. “He is respecting her wishes right now, but has high hopes they will get back together,” the source said. “He’s doing anything in his power to make J.Lo happy.” Weeks later, Affleck came back in the picture publicly, so that effort was not enough. 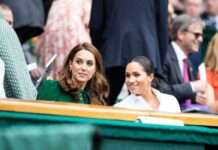