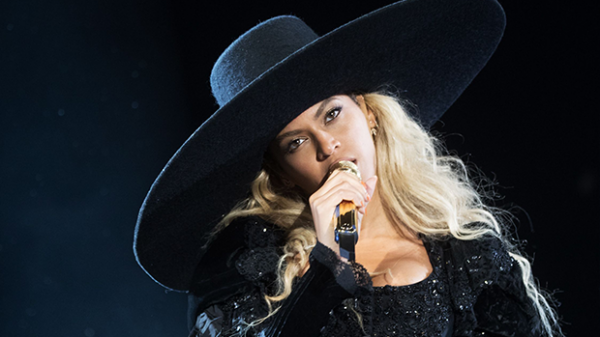 Bio:
Beyoncé (born Beyoncé Giselle Knowles on September 4, 1981, in Houston, Texas) is an American singer, songwriter, and actress. While growing up in Houston, Beyoncé began performing in various singing and dancing competitions as a child. She and childhood friend Kelly Rowland met LaTavia Roberson while auditioning for an all-girl entertainment group, Girl’s Tyme. The group would evolve into Destiny’s Child, and in 1997, they released their major label song, “Killing Time.” The group continued to find success with songs like “Say My Name,” “Bills, Bills Bills,” “Independent Women Part 1”, “Bootylicious,” and “Survivor.” Beyoncé made her solo debut in 2003 with Dangerously In Love. The success of the album signaled the coming end of Destiny’s Child, but no one expected the heights that Beyoncé would reach on her own. With albums like I Am… Sasha Fierce, 4, the self-titled Beyoncé, and Lemonade established her as one of the biggest musical stars on the planet and a cultural phenomenon. Throughout her career, she has sold over 100 million records worldwide as a solo artist and 60 million records with Destiny’s Child, making her one of the best-selling music artists of all time. She has won 23 Grammy Awards and is the most nominated woman in the award’s history. In 2014, she became the highest-paid black musician in history and has been considered one of the most influential people on the planet. With Lemonade, Beyoncé became the first and only musical act in Billboard history to debut at number one with their first six solo studio albums. Her 2018 Coachella performance was hailed as one of the greatest sets in history. The show paid tribute to black culture, specifically historically black colleges and university, and featured a Destiny’s Child reunion. In 2019, she teamed with Netflix to release Homecoming, a documentary about that Coachella performance.

Best Known For:
Beyoncé is best known as a singer, releasing songs like “Formation,” “Single Ladies,” “Irreplaceable,” and more.

Personal Life:
Beyoncé struck up a relationship with JAY-Z after their collaboration, “03 Bonnie & Clyde,” which appeared on his 2002 album, The Blueprint 2. The couple has been notoriously private about their relationship since then and got married in 2008 without any publicity. They welcomed their first daughter, Blue Ivy Carter, in 2012. In 2017, Beyoncé revealed on Instagram that she was expecting twins, and the post received 6.3 million “likes” within eight hours. Rumi and Sir Carter were born on June 13, 2017.

Her relationship with JAY-Z has been the target of speculation for years. Her Lemonade album, with the single “Sorry,” hinted strongly that he had cheated on her. JAY’s 2017 album, 4:44, specifically the title track, seems to references his rumored infidelity. Despite these troubles, the two released a joint-album, Everything Is Love, under the name The Carters in 2018.

Why Kylie Jenner Is No Longer a Billionaire, According to Forbes

How Meghan Markle Is Secretly Helping Her Patronage Mayhew