Another awards show, another Priyanka Chopra and Nick Jonas date night! Priyanka hit the red carpet at the 2020 Grammys with her hubby in one of her sexiest looks ever. She also paid tribute to the late Kobe Bryant.

Priyanka Chopra, 37, took the plunge at the 2020 Grammys. The actress stepped out into the Grammys red carpet in a sparkling gown with one sexy plunging neckline that went beyond her belly button. The gown also featured gorgeous beading and detailing, including fringe sleeves. Priyanka’s hair was sleek and straight for her night out with hubby Nick Jonas, 27, who looked dapper in a gold suit. The two looked so in love on the red carpet. They even took a moment to goof off, with Priyanka sticking her tongue out at Nick while they posed for photos.

Priyanka also paid tribute to the late Kobe Bryant by adding the number “24” to one of her nails. She posted a photo of her hand on her Instagram Story and wrote “#RIPMamba” in honor of the NBA icon. Kobe famously wore the #24 jersey when he played for the Los Angeles Lakers. Kobe tragically passed away just hours before the Grammys in a Calabasas helicopter crash. He was just 41 years old. His daughter Gianna, 13, was also killed in the tragic accident, along with 7 others.

The 2020 Grammys were a family affair for the Jonas Brothers. Joe Jonas, 30, also attended with wife Sophie Turner, 23, as well as Kevin Jonas, 32, and wife Danielle. The JoBros and their wives have officially taken over the Grammys! The brothers will be performing during the ceremony and their ladies will be cheering them on in the audience.

One day before the Grammys, Priyanka stunned in a silky beige gown at Clive Davis’ 2020 Pre-Grammy Gala. She showed off her dress before the event by strutting her stuff on her Instagram Story and posting two photos of her glamorous look. Priyanka walked the carpet without her hubby. Nick and his brothers attended ROC NATION’S Brunch earlier in the day.

Priyanka Chopra wows in a plunging dress at the 2020 Grammys with Nick Jonas. (David Fisher/Shutterstock)

Priyanka and Nick recently attended the Golden Globes together. The couple looked so in love on the red carpet. “[Priyanka and Nick] were hand-in-hand as they walked inside,” an eyewitness told HollywoodLife EXCLUSIVELY. “He kissed her on the cheek and cusped the small of her back as he led her to the show.” Priyanka wowed in a bright pink gown. She completed her look with a dazzling diamond necklace and a bold red lip. Priyanka’s look was the epitome of Old Hollywood glamour! The actress has been really feeling the color pink lately. She celebrated the start of the new year with Nick in Miami while wearing a pretty pink gown. 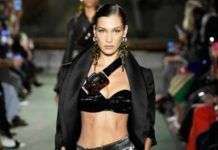 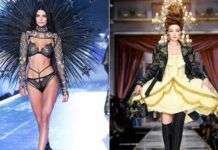 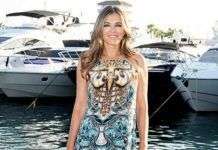